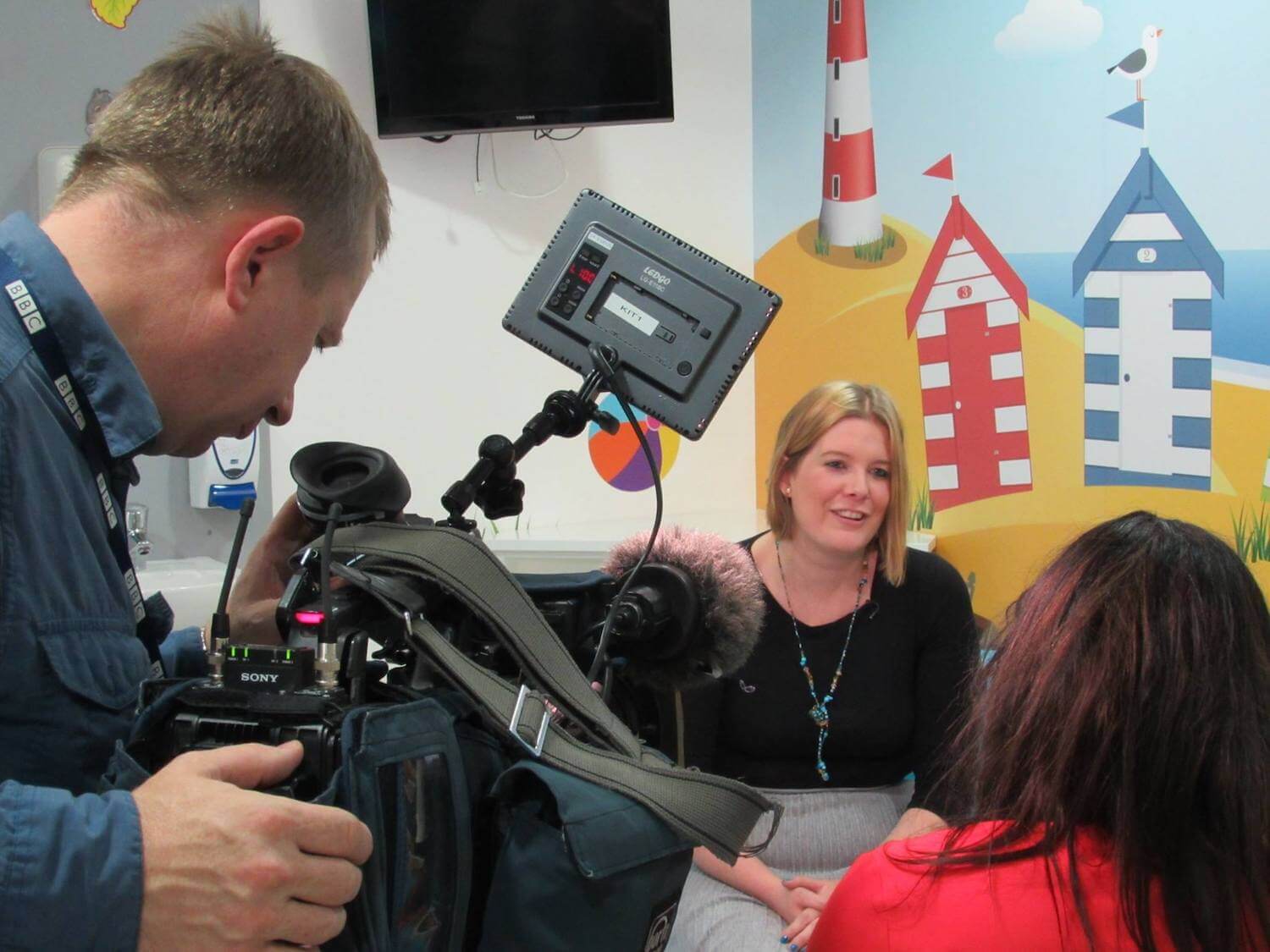 I’ve done two rounds of methotrexate injections now. I was incredibly worried in the weeks leading up to starting and I still am but I feel like I’ve come a long way in such a short space of time.

In my first session my nurse explained how I would need to do the injection myself from the off. I wasn’t expecting this and I turned into a quivering wreck in front of her eyes. Had I got used to someone doing it for me in these early days, the jump to then learning myself would have been something else to negotiate so why not do it all at once? It makes some crazy sense now but at the time I just wasn’t prepared.

I sat with clammy hands wrapped around a dummy injection for what felt like hours. I then got as far as putting the real thing to my leg to just sit with it again.

The whole time my nurse talking to me and explaining that I had come this far already and I could still choose to do anything I wanted to. And then the clincher…

“I don’t think you’re really scared of the needle at all are you. It’s the methotrexate you’re scared of.”

Nail. Head. How does she do that?

It IS the methotrexate that I’m scared of. I had a very bad experience back when I was first diagnosed and, all these years later, my brain has never let me forget it. But we sat for ages talking about why I’ve made this decision and how I’d got myself into that room and into that seat with the top off the injection.

And in just a split second I clicked the button. And it was done. Just like that.

My nurse said she didn’t think I was going to do it. And to be honest, at one point, neither did I. But I guess we all have our triggers and I’d found mine.

The following days passed without much fuss. My husband and I had to attend the wedding next day – I was late but I made it. I spent much of the rest of the weekend sleeping it off. I also cut all my hair off to help manage any hair loss from the methotrexate and the lupus.

Later that week I attended a patient event that my lupus team were holding at the hospital. They talked about the research they’re doing, the treatment they provide to patients and where they see lupus going in the future.

One of my consultants said: “The holy grail is getting patients to a point where they don’t need medication anymore.” Whilst I’m not about to throw it all away just yet, it was a shift in my mind.

Living with pain is normal for me and I just accept it. But I now accept that it doesn’t have to be. And I have to do everything I can to try and get to that point. Even if it means giving in to the one drug I’ve been avoiding for years.

Fast forward to round two. I hadn’t panicked myself in the run up so it seemed to come along quickly. I felt fine right up until I walked down those hospital corridors. That familiar sinking feeling in my stomach.

Once again my wonderful nurse greeted me and, under watchful eyes, suggested I just get started.

Had you told me, even just weeks ago, I would have been sat there on my second session opening the boxes and preparing my own injection I’d have never believed you. But I did it. And whilst I still had to pluck up the courage to press the button I did it approximately 6786 hours faster than last week.

In my haste to just get it over and done with I nearly pulled the needle out too quickly but managed to subconsciously correct it myself. Phew!

Whilst the dose was the same as last week and very low – I’m starting low and building up as my platelets are a bit tardy – I seemed to feel the effects worse. I don’t know if this is purely from the medication or a combination of things. This weekend, I’ve slept a lot and had a horrible metallic feeling in my mouth which definitely hasn’t helped my nausea. But still, it’s been manageable.

Four days post injection now. My pain is off the scale and I could hibernate for winter if given the chance but I’m not entirely sure I can put that down to the methotrexate. Just plain ol’ lupus I reckon.

So where do I stand on methotrexate injections so far? It’s gone a lot smoother than I’d ever have expected. I know there’s still a long way to go, both with getting the injecting part right and finding a manageable dose. That’s just before I can be discharged from weekly clinics and do it myself at home!

It will be a long time before we see if there’s any benefits. But I’m hopeful. I think I have to be. This isn’t my last shot at a ‘fix’ but I’m slowly working my way through the list so it would be nice to ride this one out and still have some backups under my belt.

On Thursday, round three, we go again. As always.

Rachel is taking over our social media accounts to share her lupus journey as she starts methotrexate injections. Posts will be signed -RW.

See more videos from Rachel on our youtube channel!